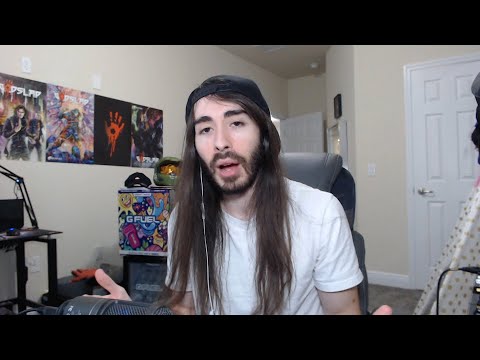 YouTube no longer wants to publicly show how many dislikes a video has. Some are now mourning the function – wrongly. One comment.

Thumbs up or thumbs down: For many years, viewers have been able to express their opinion about a YouTube video with one click. Exactly that remains possible, only the number of thumbs down should not be public in the future. The Google subsidiary recently announced this in a YouTube video – and received ten times more dislikes than likes, a total of 147,000.

To all the 147,000 people who shared these dislikes, I think you’re wrong. Dislikes are bad. It’s high time they became invisible. The fact that YouTube shows dislikes as “thumbs down” is an euphemism. A raised middle finger would be more appropriate.

Without public dislikes, diversity of opinion is even encouraged. If the dislike number is missing, the view moves faster to the comments area. Instead of just clicking the thumbs down, critics now have to find at least a few words to express their disapproval via comments.

Comments are the better corrective

YouTube users can still rate each comment with a thumbs up or thumbs down. Particularly popular comments are displayed higher up and are visible to more people. In this way, the community can denounce disinformation or clickbait, for example. The number of dislikes for comments is not visible.

So the comment column becomes a corrective, even if it’s not ideal. Because channel operators can moderate the comments under their videos as they wish, delete them and filter them by keywords. There is no broad debate about how ethical community management should work and where the boundary between house rules and censorship runs. However, this problem is not an argument for public dislikes.

Anyone who complains that you can no longer tell directly how popular or useful a video is without public dislikes should take a closer look. The number of views and likes is still visible. If the number of likes is very low in relation to the number of views, then that is also a statement. Without any dislikes.

Someone thinks something is bad

Dislikes may be of little use for viewers, but for YouTubers they are above all a burden. Nobody running a YouTube channel needs dislikes. There are already enough numbers and statistics that YouTube throws around.

Channel operators can compare how many views their own videos received after publication. The platform warns if a video performs worse than the previous ones after publication. You can track your own subscription growth just as meticulously as the so-called retention rate. It indicates how many viewers watch a video to the end. Precisely to the second, it is possible to understand what percentage of the audience stays tuned and for how long.

All these figures give cause for constant self-criticism. That’s stress enough, but at least constructive stress. From knowing when viewers click away from a video, ideas for more exciting videos can at least be derived. Nothing meaningful can be derived from dislikes. As far as I’m concerned, YouTube could have done away with the dislike button completely.

For a year I contributed to a YouTube channel that has a new video every week. For me, dislikes meant: someone thinks something is bad, but I have no idea what. Dislikes are a metric with which you can do exactly nothing.

Unless of course you’re a member of a hate community. In this case, dislikes are extremely useful for instilling a sense of power and superiority in yourself. At the expense of others, of course. Storms of outrage and waves of hate are also part of the culture on YouTube, especially when YouTubers make critical statements about sexism or racism.

See also  What is an SSD? - what is a hard drive

For some people, hate is both a hobby and a sport. They roam social media as part of an online community, leaving as much havoc in their wake as each platform allows. Then it also happens that thousands of accounts attack a YouTube video within a few hours. They spread unfounded accusations and insults in the comments column and “blow up” the dislike button — a term in YouTube circles for excessive clicking.

For this sport there has been a high score that has been prominently placed: the public number of dislikes. The higher this score, the greater the success. While hate communities get some satisfaction this way, the people behind the YouTube channel have to expend a lot of emotional resources.

For a long time I thought that such a YouTube shitstorm would leave me cold. At least I know how organized hate works on YouTube, so I don’t have to take it seriously. And then my first own shitstorm on YouTube showed me that I had overlooked a few things.

First, a hate wave costs time because the internal feeds, which are part of everyday work, are flooded with bullshit. If the hate wave itself doesn’t annoy you, then the associated waste of time. Second, not everyone on the team has the same emotional shield. Someone always has a weak day, and if the hate wave leaves me personally cold, then it doesn’t leave me cold when colleagues suffer.

Both problems remain without a public dislike number, and hate will continue as a community sport. But at least the hobby haters lose one of their most important trophies. I think “busting” the dislike button loses its appeal without a high score. YouTube apparently thinks so too, based on its own test runs. Without public dislikes, “coordinated dislike attacks” decrease, according to the video with more than 147,000 dislikes.

See also  Solutions for no signal from second monitor on Windows 10? - Computer is not displayed on the monitor

It’s rare that I simply praise a tech company, but today is one of those days: Thanks for that, YouTube.